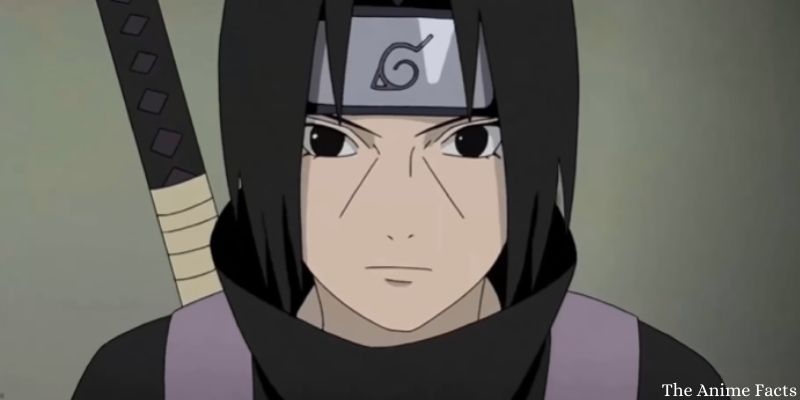 Itachi died right after fighting his younger brother Sasuke, which led many people to believe even in the show that, Sasuke killed him. However, that is not the case. Sasuke did not defeat or kill Itachi. Itachi had a disease and as was he exhausted by excessive use of his Mangekyo Sharingan. He was going to die soon anyway. He prolonged his life by taking medication.

And when the time came, he wanted to die by fighting his younger brother Sasuke. To the last moment of the fight, Itachi had the upper hand, and at the very last moment, he tapped on Sasuke’s forehead and fell down to death in the 138th episode of Naruto Shippuden.

Itachi was one of the powerful characters in the Naruto series. From the beginning to the end of his life, he was full of mystery. He was never shown even once defeated in a battle. So that leads to a question. How did Itachi die? Did Itachi have a disease? We will answer this question briefly in this post.

How Did Itachi Die?

Itachi died from disease and excessive use of his Mangekyo Sharingan. By using 2 of his unique abilities, (Tsukuyomi and Amaterasu) over and over, Itachi was on the verge of blindness, he could barely see Sasuke in the fight against him. And he was coughing blood multiple times.

After using Tsukuyomi and Amaterasu extensively and getting hit by Kirin, Itachi finally died right beside where Sasuke was standing terrified.

Itachi never wanted to kill his younger brother Sasuke. As the visual prowess grows stronger by deep and strong emotions, he wanted his brother to be mature and strong both physically and mentally. If he wanted to kill Sasuke, he could kill him dozens of times.

Moreover, Itachi was fighting with a number of handicaps.

He was terminally ill.

Exhausted from extensive use of Mangekyo Sharingan.

Wanted to extract Orochimaru out of Sasuke.

Related: How Did Sasuke Get Mangekyou Sharingan?

Why Did Itachi Die with a Smile?

Itachi fulfilled his duty before he died. He protected his village by stopping the coup d’etat. Protected his brother, saved him from Orochimaru. Made him stronger and gave him Amaterasu.

He basically fulfilled died as a hero fulfilling his duties. That is why he died with a smile.

What Disease Did Itachi Have?

Itachi clearly had a fatal disease. He was going to die anyway. Even in the midst of the battle against Sasuke, he was coughing blood multiple times.

Though they never said in the anime or manga, what his disease was, it is stated clearly, he was ill and taking medication to prolong his inevitable fate.

How Did Itachi Get Sick?

Itachi had very unique visual prowess. This Genjutsu master outmatched almost any opponent he fought. However, he overused his Sharingan in the process.

And by overusing his visual prowess he exhausted himself and got sick soon after. By the time he fought Sasuke for the last time, he was almost a blind person.

What Episode Does Itachi Die?

What Episode Does Itachi Get Reanimated?

Itachi gets reanimated along with Nagato in the 298th episode of Naruto Shippuden. Then he and Nagato were forced to fight Naruto and Killer Bee. With the help of Shisui’s eye, Itachi was able to break free from the Reanimation Jutsu.

What Episode Does Itachi Die Again?

After defeating Kabuto with Sasuke, Itachi then died again for the second time in the 339th episode of Shippuden. Itachi died 2nd time because he undid the Edo Tensei also known as Reanimation Jutsu.

As Itachi himself was under the reanimation Jutsu, as soon as the Jutsu was released, he was released as well.

How Did Itachi Break Edo Tensei?

Itachi broke the Edo Tensei Jutsu twice actually. At first, when he was forced to fight Naruto and Killer Bee, he broke Edo Tensei with Shisui’s eye.

And the 2nd time he broke it Edo Tensei by casting Izanami on Kabuto and forcing him to undo the Jutsu.

What Episode Does Itachi Break the Reanimation Jutsu?

Itachi broke reanimation and freed himself in the 298th episode of Naruto Shippuden. And then went into Kabuto’s hideout.

After fighting Kabuto for some time, he used Izanami on Kabuto and forced him to undo the Jutsu in the 339th episode of Shippuden.

Itachi suffered an unknown illness, exhaustion, coughing blood, and could barely see anything. He wanted to extract Orochimaru out of Sasuke and give him Amaterasu- a powerful visual Jutsu.

So, he let himself die in the battle against Sasuke. And that is how Itachi Uchiha died. I hope you got the clear idea about how did Itachi die. Don’t forget to share this article.